TIP OF THE WEEK: GOT MILK? then you be GETTIN’ OSTEOPOROSIS! 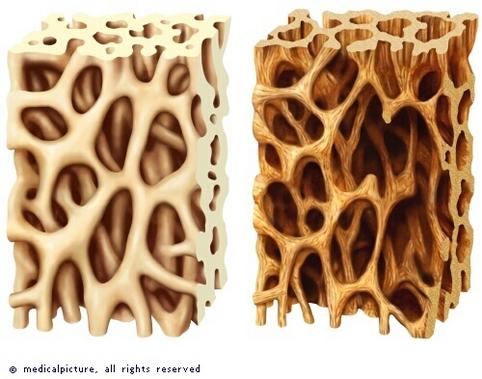 Dairy milk is now being singled out as the biggest dietary cause of osteoporosis because more than any other food it depletes the finite reserve of bone-making cells in the body. 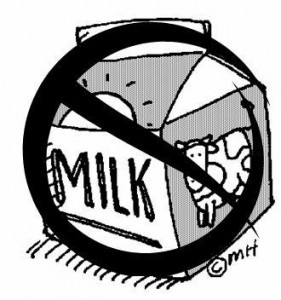 So although milk makes bones stronger in the short term, in the long term it erodes bone-making cells, increasing the risk of osteoporosis. This explains a well known paradox: black people are known to be less tolerant to lactose in milk, and consequently they drink less milk, yet they get much less osteoporosis than white people. This new research resolves the paradox because by consuming less milk you are less likely to get osteoporosis.

Growing evidence is showing that calcium in milk does not protect against osteoporosis. For example in a 12-year Harvard study of 78,000 women, those who drank milk three times a day actually broke more bones than women who rarely drank milk. Similarly, a 1994 study in Sydney, Australia, showed that higher dairy product consumption was associated with increased fracture risk: those with the highest dairy consumption had double the risk of hip fracture compared to those with the lowest consumption. Countries were studied to see how much milk was being drank on average. It was discovered that the more milk that was being consumed the higher the correlated rate of osteoporosis and hip fracture incidences.

Author Russell Eaton says: ‘Dairy milk does increase bone density, but this comes at a terrible price. The latest research is showing that far from protecting bones, milk actually increases the risk of osteoporosis by eroding bone-making cells. Also, people with osteoporosis have a much higher incidence of heart disease and cancer, and the evidence is pointing at milk as the common factor.

The reasons for this is quite simple, bones were once thought of being great mineral banks for the body and they are to some extent. However, calcium (the main reason that most drink milk) is now showing that chronic stockpiling of calcium exhausts the bone forming cells called osteoblasts. Exhaustion of these cells then render bone making useless, osteoporosis does then set in! Human Mother Milk compared to higher sources of calcium is only average, this website does a great job at collating the research and telling it in a real honest way.

Raw milks are claiming to be better for you and there is some truth to that. But, cow’s milk is not all it is cracked up to be raw either, although in its raw form you body can work with it better than pasteurized. If you actually compared cow’s milk to human milk you would notice some real big differences. ONE: cow’s milk separates, human milk does not separate. TWO: cow’s milk is designed to nurture a mammal born as heavy as an human adolescent, about 70-100 lbs; Human milk is designed to nurture an mammal that is usually around 6-7 ounces. THREE: Calves walk minutes to hours after birth, thus the need for strong bones early in development, hence the higher calcium content in cow’s milk; Human babies do not walk when they are first born, they take close to 13 months on average to start walking, they do not need an immediate rush of calcium to their bones to help with bone development.

I sincerely hope that we can take into consideration the benefits of human mothers milk and the long term disadvantages of cow’s milk.